Predictable, underwhelming, plainly boring and overrated. Starring former sexual assaulter and Ben Affleck’s younger brother Casey, this Matt Damon-produced film also features Kyle Chandler, Lucas Hedges and Michelle Williams. The performances are the kind where most of the cast doesn’t change their facial expressions throughout the whole piece and yet all get Oscar nominations, so clearly I’m missing out on much more than I thought I knew about acting.

Located in the Massachusetts’ namesake town of Manchester-By-The-Sea, this dramatic production revolves around the depressed Lee Chandler having to take care of his orphan nephew Patrick (Lucas Hedges.) All along, things get worse and worse, with his wife Randi leaving him and Patrick’s parents rejecting to support him. And that’s pretty much it – the film finishes, of course, with a father-son bond between the two and no hint of what their futures hold. The original script by Kenneth Lonergan was apparently good enough to win the Academy Award, as was Affleck’s performance. Direction, Picture and turns by Lucas Hedges and Michelle Williams,  who famously played Marilyn Monroe in 2011, also received nods.

The sandout of the feature was in my view the soundtrack by Lesley Barber, appearing in the key moments in the form of mostly classical pieces. The photography is unimpressive but holds up pretty much because of cinematic locations like Singing Beach. The same can’t be said about its mediocre cinematography, though. Simply put, it’s a movie whose only proven point is that it manages to seem lifelike. Other than that, it lacks a moral and doesn’t stand out in any way. 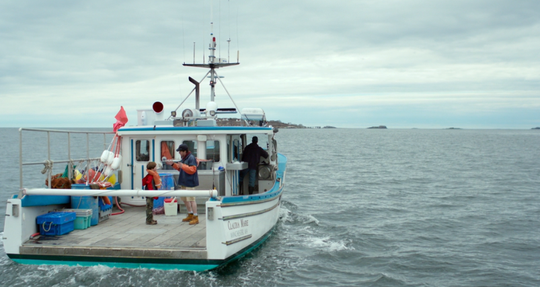 In essence, this utterly disappointing production ends the same way it starts: predictably and not engagingly. For Affleck to defeat Denzel Washington (see gif) in Fences is a mortal sin, and the rest of its features – costume and production design, editing, cinematography – are far from sublime, to put it nicely. Thus, I recommend saving your time and money and spare yourself the more than two sluggish hours it lasts.